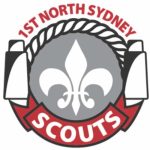 If you see any problems with the results then please contact webmaster@nswrogaining.org.

After seven years we get to complete the LaneCoveRivergaine series, tracing the river from its source in Pennant Hills to the Sydney Harbour Bridge.

The first LCR was held in February 2015, starting at the Baden Powell Scout Centre in Pennant Hills and extending as far south as De Burghs Bridge in West Pymble.  In 2016, LCR II continued the journey down the river to Stringybark Creek in Lane Cove.  And in 2017 LCR III progressed to Fig Tree Bridge and Sydney Harbour.

On Sunday 3 April 2022 you will have the opportunity of participating in the final event in this legendary quadrennial series, completing the river’s journey from Longueville to the Harbour Bridge.

The Hash House (start & finish) for this six-hour metrogaine (starting at 10am) will be at the North Sydney Community Centre, 220 Miller Street.  At the conclusion of the event there will be an all-inclusive BBQ, provided by the world-renowned 1st North Sydney Scout Group, with its three-star chef preparing gourmet hamburgers and eats.