In addition to the individual point score for each event, NSW Rogaining runs a series Point Score. The purpose of the Series Point Score it to encourage people to compete in more events each year. It is also an opportunity to acknowledge those athletes that compete in multiple events and score highly in their competition categories.

The concept of a series point score was first run in 2013 where we ran a similar competition which was based on a person’s top five results. It was called “Rogainer of the Year” and was won by Nicole & Andrew Haigh who just happened to end with the same score.

In 2018 we tweaked the rules quite a bit, adding age sections, using your best three scores, and rating against the median rather than winning score. In 2019 we will further refine the rules, rewarding people who choose longer events. 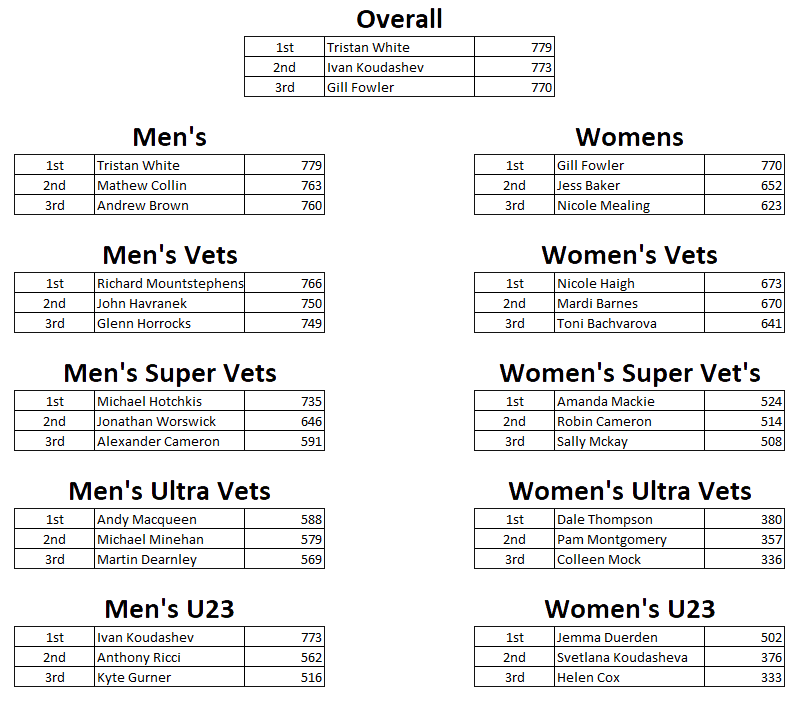 The Committee has been debating the rules for the series point score. After a lot of debate and statistical analysis it has been decided to make two changes:

You are a female super veteran competing competing in a mixed family tearm in a 12 hour event. A six hour event was also running on the same course.

Your name will appear in the Women’s Super Veteran score table and your score will be: