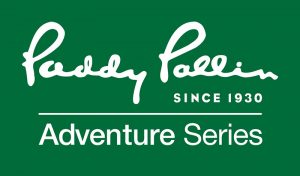 If you se any problems with the results please let me know: webmaster@nswrogaining.org

This year’s Paddy Pallin Rogaine, Bargo State Conservation Area, is somewhere new for most people.  The last rogaine there was in May 1987, 35 years ago.  Just off the Hume Highway, it looks like a great place to go rogaining.

Camping will not be available at the Hash House site.  For this reason, we have set the start time at 9:30 (registration from 8am) allowing you a bit more time to get to the site.

One of Paddy (the Man’s) passions was the scouting movement.  NSW Rogaining has been sporadic in promoting and supporting scouts, but this year we reinstate a separate, combined category for scouts/venturers.  If a team includes two or more members who are scouts or venturers, and they include their scout troop in the team name, then they are registered in the Scout Category.  Note that any team with a member under 14 must also include someone over 18, so a venturer team could compete on their own whereas a scout team would include at least one adult.  You can read about all the Categories here.

Also to honour Paddy Pallin, we contribute to one of the organisations that he supported during his lifetime.  This year $2 from your entry fee will be donated to the National Parks Association.  To reciprocate, the Paddy Pallin Organisation provides spot prizes, to be randomly drawn during our presentation ceremony.

Bargo is the traditional land of Dharawal People, and a number of significant Aboriginal sites still exist there today. When Europeans sought inland grazing areas west of Sydney from around 1800, the land was overlooked for being too barren. Apart from a handful of inns and bushranger hideouts, Bargo Brush remained unsettled for many decades and still remains relatively untouched.

Event related queries can be directed to: admin@nswrogaining.org